GBCS and UWF announce retirement plans for their General Secretaries 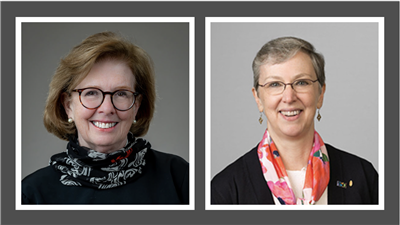 In this season of hope and uncertainty, two UMC agencies have announced the pending retirements of their General Secretaries.

The General Board of Church and Society (GBCS) announced that General Secretary Susan Henry-Crowe has informed the Board of her intention to retire from the agency at the end of 2022, after eight years in the role.

“As chief executive of the General Board of Church and Society, Dr. Henry-Crowe has significantly improved and expanded the impact of UMC and our Social Principles all over the world,” said Bishop Sally Dyck, GBCS Board President and UMC Ecumenical Officer of the Council of Bishops. “She has led the agency to center its priorities for matters of justice and peace, working tirelessly in the United Methodist connectional life, leading efforts at the United Nations and advocating with ecumenical faith partners at the United Methodist Building on Capitol Hill.  Click here to read more.

United Women in Faith General Secretary and CEO Harriett Jane Olson announced her planned retirement in the spring of 2023 in a closed session of the board’s annual meeting, held virtually Oct. 7-8.

Ms. Olson took the helm of what was then the Women’s Division of the General Board of Global Ministries in 2007 and began a 15-year tenure marked by programmatic and structural innovations and bold changes to strengthen the organization and position it for a future of growth and increased impact.

“What a blessing it has been to speak and teach from this vantage point about the overflowing love of God and the abundance that God offers as I have focused on the spiritual growth, service and work for justice of our members and all who are touched by the work of United Women in Faith,” Ms. Olson said. “We sang ‘I Love to Tell the Story’ at my first board meeting, and we have been singing it and living it out ever since.”  Click here to read more.