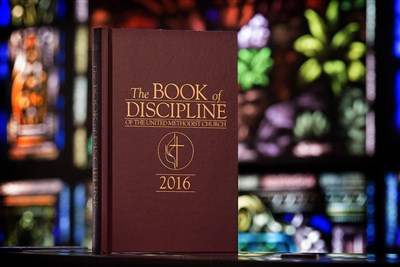 In its coming session, The United Methodist Church’s highest court faces multiple questions related to the delay of the denomination’s top lawmaking assembly to 2024.

The Judicial Council also continues to deal with questions on how to handle church disaffiliations under church law.

The denomination’s top court plans to start deliberations on its 24-item fall 2022 docket this month.

Since 2020, the pandemic has forced the Judicial Council — with nine members from Liberia, Mozambique, Norway and the U.S. — to do its work in a new way. Instead of gathering for a few days in one location, the Judicial Council has been meeting online throughout the year and publishing decisions as they are ready. The church court plans to resume in-person meetings next year.

In the meantime, three annual conferences have each asked the Judicial Council to rule on the ramifications of the much-delayed General Conference, the denomination’s big legislative meeting.

Chief among the annual conferences’ questions is whether new delegates need to be elected to the coming General Conference, and if so, how many.

The denomination’s 133 annual conferences are church regional bodies consisting of multiple congregations and other ministries. As the basic bodies of the denomination, they are responsible for electing the lay and clergy delegates who vote at General Conference.

The coming lawmaking assembly — usually held every four years — was scheduled initially for May 2020, but the onset of the COVID-19 pandemic shuttered the meeting venue and forced postponement. Since then, the virus and resulting travel restrictions have continued to bedevil planning for the meeting that draws delegates from four continents and multiple time zones.

The General Conference commission has long maintained that the 2020 legislative assembly is postponed and not cancelled. Based on that assessment, the commission argues that annual conferences do not need to hold new delegate elections for the delayed General Conference; nor does legislation already duly submitted to the assembly need to be resent.

However, a number of United Methodists are not so sure. The Alaska Conference has asked the Judicial Council to determine whether it’s legal under the Book of Discipline, the denomination’s law book, for the General Conference commission to postpone the 2020 General Conference to 2024 and hold the postponed session in lieu of the regular session.