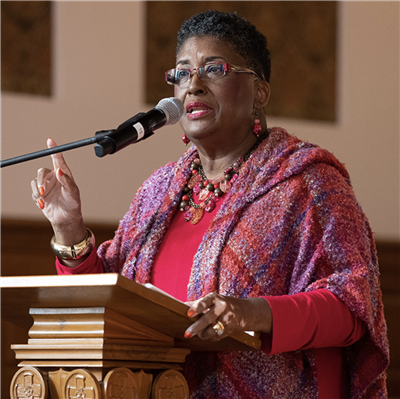 As the number of church disaffiliations rises, United Methodist financial leaders have started preparing what will be the denomination’s lowest budget sent to General Conference in nearly 40 years.

The board of the denomination’s finance agency, the General Council on Financial and Administration, already was preparing to send the lawmaking assembly the lowest budget since the 1990s. On Nov. 18, by an 18-2 vote, the GCFA board approved shrinking the proposed four-year budget even further to a total of about $373.7 million for the years 2025-2028.

The current proposal requires significant cuts to all funds that support denomination-wide ministries — including general agencies and bishops.

Ultimately, General Conference — now thrice delayed by the COVID-19 pandemic — will have final say on the denomination’s next four-year budget when it meets in spring 2024.

“This is the beginning,” said North Texas Conference Bishop Mike McKee, GCFA board president. “We may revisit. We may not — I want to be clear. But because new data comes in real time, that may drive the conversation one way or the other.”

The board’s vote on the bottom line came after two days of impassioned discussion between the finance agency’s board members and their counterparts on the Connectional Table, a leadership body that coordinates the work of agencies and also helps determine budget allocations. The Connectional Table has responsibility for the stewardship of the denomination’s mission, ministries and resources as determined by General Conference.

The United Methodist leaders all agree steep cuts are needed. However, disagreements remain between the finance agency board and Connectional Table about how best to adjust to shifting financial realities while also supporting ministry at all levels of the church.

At this point, all levels are feeling the effects as the denomination continues to deal with the pandemic fallout and sees a rising number of churches heading for the exits after decades of intensifying debate about LGBTQ inclusion and the launch of the breakaway conservative Global Methodist Church earlier this year.

That disaffiliation tally still represents a small percentage of the more than 30,500 churches in the U.S. Nevertheless, it has financial implications.